Here is also an excellent example of why I don’t claim to be a poet.

Look… I was in an unhappy place okay? Just remember that before you explode with laughter.

built upon foundations of endurance.

protecting the determination inside.

But, wishes leak through.

A fortress of “what is”

can weaken by a crack of “what could be”.

How easily the fortress falls

when fractured by desperation.

This was part of a 30 day letter writing challenge I did on a blog I used to have. On July 18th 2010 I was to write to a stranger. This is what I said:

What do you believe in? For you, what’s worth fighting for? I’m always intrigued by other’s ideas and notions. What’s most important to a person teaches me far more than “what do you do for a living?” Quite often our occupation is what’s there, not who we are.

I work in retail. It’s not what I “do”. It’s what I tolerate so I can have food and a car. See? You didn’t learn much about me there, did you? Oh well. It’s not as though you’re going to write back.

Do you believe in Destiny, Stranger? I do. I’m not really sure how it’s helping me, but I believe in it. I wish on stars, too. Although, lately, I’ve only stared at them. No wishing. I’m trying to give up wishing. It’s no good. Every dandelion, first star, 11:11, necklace chain and penny in a fountain wish has proved false. I never expected the wish to magically materialize before my eyes. I only thought that maybe putting that hopeful energy into the world would make things a little lighter.

But, alas, it did nothing.

Interesting how one can say things to a stranger and feel alright with it. I don’t know if you’re even listening. Doesn’t really matter, though, does it? 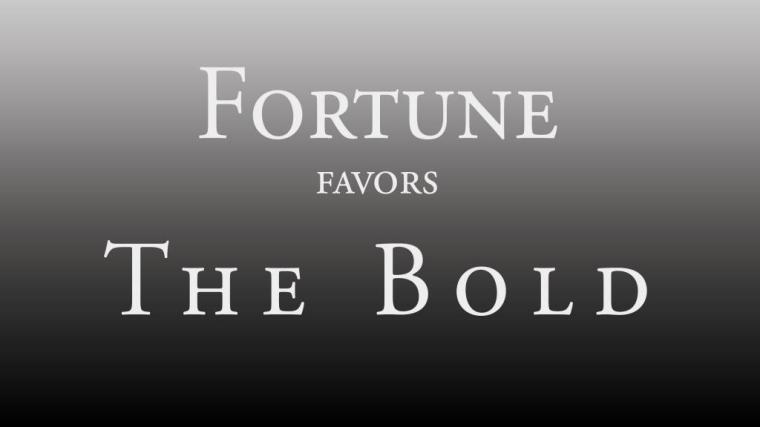 Kevin is about being brave enough, and wise enough, to change who you are. If you don’t mind, I’d like to share with you the beginnings of Kevin, and in the process, me.

This book has been an odd journey. I actually wrote it almost five years ago. The first draft took me three days. It needed out. I originally intended it to be a companion piece for a full novel about one of the other characters within the story. However, Kevin took shape faster and easier than planned. So, here he is. I’m now hoping to write other books along the same story arc. I just love the concept. Any who, I was in a weird place when writing this. I was depressed. I had no job, no money, no real friends. I lived with my grandmother (who I will cherish for the rest of my days, she’s a gem of a woman). I sat in the basement, a prisoner to the TV, all the live long day. My life was nothing, and going nowhere. I was struck with an idea for a book about Earth being a prison for another planet. I put together some bullet points for a plot, set up some character profiles, and started an outline. Then, I lost motivation. Not an uncommon problem when you’re so… done with life. That’s what I was. I was almost done with life. I had given up the idea of being a person. I was going to die alone, in that basement, and it really didn’t matter. I didn’t matter.

While scrolling through the internet one afternoon, I saw an ad for a writing contest. Write a sci-fi or fantasy story. Win money. I figured that was easy enough. So I tinkered away at my “sci-fi” idea and came up with Kevin, a prequel novel for my longer, more in-depth piece I’d get around to writing eventually.

The story spewed out of me. I didn’t have to think. It was like Kevin wrote itself, and I just had to transcribe it.

I never did enter it into the contest. I let my mom read some of it. A few other people over the years read bits and pieces. My cousin said it needed to be made into a movie. All very nice things to say about a dinky little sci-fi piece.

Fast forward some years and here I am. Living, working, in love with a brilliant Bulgarian, and publishing the story I’m so proud of, yet scared to set free. My depression is managed. I’m thriving, not merely living. THAT’S why Kevin has to make its way in the world now. I know I’ll never be able to write with this tone again. I’m not who I was five years ago. I broke the chains of mental disease and clawed my way into a life I’m happy with. A life I’m choosing. So, Kevin is representing my step forward into a real life.

Get your copy of her books here:

Where you can find her:

What is K.D. Reed reading?

These are my favorite humans. Even though the kiddo is currently crying (how dare I was her blanket?!) and Husband has the "grumpies" I wouldn't trade them for anything. 👨‍👩‍👧 They may be psycho demons, but they're MY psycho demons. 👹 These are my people. And I hope with all my heart that YOU have people. 🤗 They don't have to be family, or blood related. (They can even be fur people! 🐶) I just really hope you have your people. Having your people is everything. 💚 . . . . . #lovemyfamilyandfriends #myfamilymyworld #myfamily💕 #familytime❤ #lovethemhard #tribevibes #tribes #lovethemoment #familylifestyle #momlifebestlife #momliferocks #familyman #lovethemtopieces #lovehim❤️ #lovehimtobits #familyadventures #familymatters #familytimes #findyourtribe #momlifebelike #myfamily #familytime #family #mypeople #lovemyfamily
Hey graduating seniors... I know this was not your idea of what graduation would look like. And it's okay to be bummed about it. This whole thing stinks. You got cheated. But! You're still graduating. You freaking did it! You worked your butt off for over a decade. And here you are. A high school graduate. 🎓 Your hard work hasn't been undone because you didn't get a graduation ceremony. Your whole life is still in front of you regardless of a pandemic. You're still amazing. 🔥 And we're all so very proud of you. 🤗 One day you're going to be 35 like me. (That's my senior mug, or chalice, or beer stein, or whatever in the photo. I keep it in my office because I have my own graduation story.) And when you're all old and stuff you're going to look back on this. Everyone does. But you'll get to feel extra accomplished and proud. ✨ Because not only did you graduate, you had to do it in a time of uncertainty and crisis. And you're stronger because of it. Always remember that. 💪 So, it's okay to be sad you didn't get the fanfare and theatrics you deserve. But try not to live there long. You're being celebrated by everyone around the world. 🌎 I'm celebrating you. And I'm incredibly proud of you. 💚 . . . . . #graduatingclassof2020 #graduation2020 #classof2020strong #adviceforlife #gradseason #senior2020 #seniors2020 #graduation🎓 #graduations #graduationceremony #graduating #lifeadvice #inspiringwords #inspirationalthoughts #graduationday🎓 #graduates #quarantined #inspiringwomen #inspirationdaily #inspirationalwords #graduated #senior #senioryear #seniors #classof2020
We need to talk about self discipline. You can search high and low for motivation. And you'll find it... But it'll always be short-lived. 🤷🏻‍♀️ With self discipline, you'll never need motivation. Because the motivation lives in you. You're driving you. 🚗 When you depend on motivation, instead of self discipline, someone else is driving. And like... Isn't this your car? Your LIFE?? 🏎️ Motivational stuff has its place. It's nice to get an extra boost now and then. 💪 But wouldn't it be awesomer if you could boost yourself? THAT'S self discipline! 😎 It's time to stop relying on outside sources to motivate you. Kick your own butt! ✨ (And reach out to me if you need help with this. I've got a ton of resources for you! I can help.) 💚 . . . . . #selfdisciplined #selfdiscoveryjourney #motivatedmom #motivatemyself #selfiegameisstrong #motivationeveryday #motivationspeaker #motivationday #motivationalposts #selfmotivate #selfdisciplined #motivationnation #motivationalspeech #getmotivated #selfmotivated #selfdiscovery #motivationdaily #motivation101 #motivationoftheday #motivationforlife #motivationalmonday #motivations #selfie #selfielove #selfiemonday
Plants are life lately. They keep my anxiety and stress down. They make me happy. They're green. What's not to love?? 🌱 Seriously, though. If you're looking for something to help reduce stress and calm some anxiety, try some plants. 🌿 This one is a snake plant and they're crazy easy to take care of. And they grow like mad (they're nicknamed the "mother-in-law's tongue" because it just keeps going and going 😆) 🐍 Plants are also a SUPER easy way to decorate your home. A room looks instantly put together if you add a plant. So, get some green babies to help with your worries and make your house pretty! (Bought mine at @loweshomeimprovement, so they're not hard to find!) . . . . . #plantspirit #plantsdecor #plantlife #calmthemind #calmmoment #plantselfie #plantstyle #calmyourmind #stressrelieving #stressrelease #plantshelfie #plantslover #stressmanagement #stressbuster #stressful #plantsplantsplants #plantsarefriends #calmdown #calmness #anxietyhelp #plantsmakepeoplehappy #plantsofinstagram #plantstagram #calming #stressreliever #plants #plant #plantmom #plantlady #plantpower
Feel like you have a self discipline problem? Let me know how I can help. Because if you can figure out self discipline, your whole world will change. Why aren't you kicking your own butt?! 💚✨ . . . . . #selfdisciplineiskey #selfdisciplined #disciplineovermotivation #jimrohnquotes #jimrohnwisdom #disciplineequalsfreedom #motivationeveryday #motivationspeaker #motivationalposts #helpfultips #selfdiscipline #jimrohn #motivationmondays #motivationalspeakers #quotegram #motivationquote #motivationalwords #quotestoremember #quoteslover #helping #discipline #productivity #quotesaboutlife #motivationalquotes #mindset #motivationmonday #quote #quotes #inspirationalquotes #entrenpreneurlife
I've made a lot of choices (especially lately!) Both in life and in my career. 🤪 But every choice played a part in where I am now. I made mistakes. I had successes. I learned A LOT. 🤔 We're faced with big choices all the time. And while it's important to do our best to make the right decision, it's important to also keep in mind that even wrong choices can lead us somewhere great. Or at least... Somewhere interesting. 🏰 So follow your heart. Trust your instincts. And let go of regrets. (Those don't help anyway. Apply what you've learned and move on.) 👋 Decide. Commit. And be at peace with yourself. You're doing a good job. 👍 And give yourself some grace. Decision making isn't always easy. But, you got this. 💪 Side note: that name plate was from my days serving in local government. And while I learned public office isn't for me, I also learned a gajillion other things. Things I use daily in my new career. So... Don't be afraid to make a hard choice and take a chance. If you get nothing else, you'll at least get a learning experience. 😎 . . . . . #lessonlearnedinlife #makingchoices #learninglessons #forgetregret #poorlifechoices #decisionday #decisionmaking #instincts #followyourintuition #decidecommitsucceed #lessonslearned #makingchanges #learnsomethingnew #entrepreneurtips #careeradvice #lessonlearned #entrepreneurmotivation #mistakes #careergoals #empowerment #lessons #choices #decisions #noregrets #regret #inspiration #motivation #powerful #government #personaldevelopment